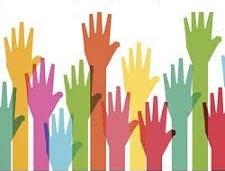 I have gathered some concepts and initiatives that may be useful to us in understanding Maddalena Maltese's presentation.

A grassroots movement is one which uses the people in a given district, region, or community as the basis for a political or economic movement. Grassroots movements and organizations use collective action from the local level to effect change at the local, regional, national, or international level. Grassroots movements are associated with bottom-up, rather than top-down decision making, and are sometimes considered more natural or spontaneous than more traditional power structures.

Grassroots movements, using self-organization, encourage community members to contribute by taking responsibility and action for their community. Grassroots movements utilize a variety of strategies from fundraising and registering voters, to simply encouraging political conversation. Goals of specific movements vary and change, but the movements are consistent in their focus on increasing mass participation in politics.

A town meeting is a form of direct democratic rule in which most or all the members of a community come together to legislate policy and budgets for local government. This is a town- or city-level meeting where decisions are made, in contrast with town hall meetings held by state and national politicians to answer questions from their constituents, which have no decision-making power.

Hungary was considering to act as a host city for the 2024 Olympics. This caused a stir at the social and political level, as hosting such an event would likely have put Hungary into further debt, while reinforcing the power of the current ruling party. A new grassroots organization, the Momentum Movement, managed to effectively raise so much public and media support against hosting the Olympics that the application was withdrawn.

The city has to face enormous problems with less and less resources, but it proves more and more capable of solving problems that national and international levels face with scarce results. Vision, cooperative capacity, resilience and many other skills are required, as well insight on the international perspective, for those choosing to give a genuine service for the public good,.